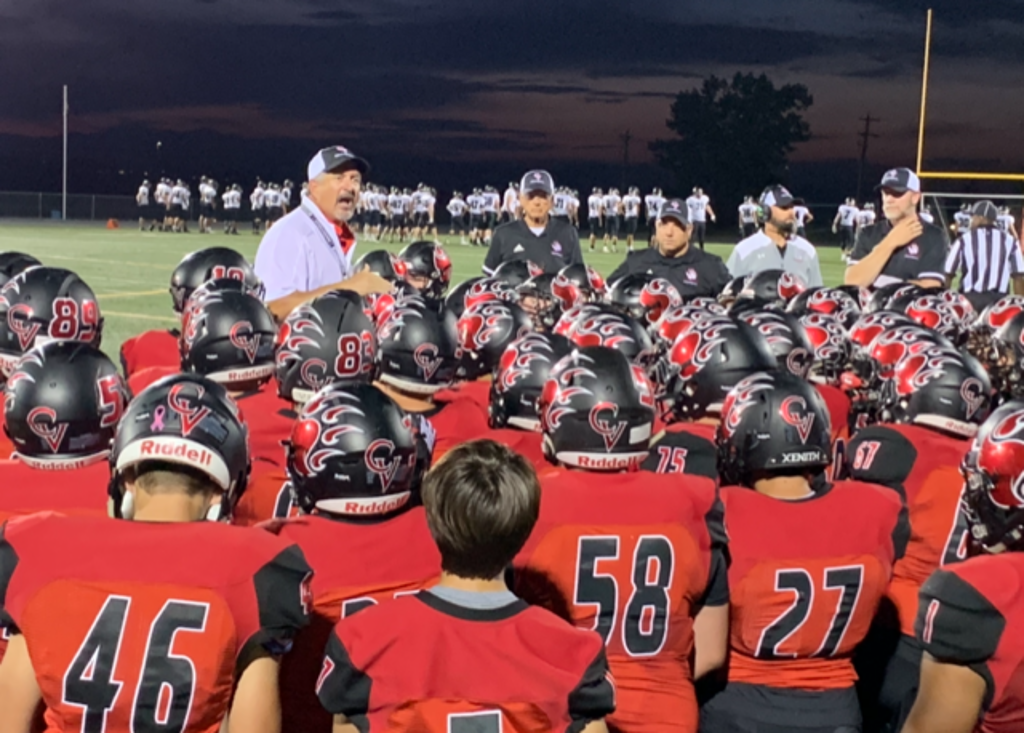 The Castle View Sabercat Football team overcame a 14 point 4thquarter deficit to defeat the Sabercats of Fossil Ridge on Thursday night in front of a large crowd in Castle Rock.

The pregame festivities featured a bag-pipe ensemble that honored 1stResponders, Military and those who have made the ultimate sacrifice in the line of duty. Both active duty and retired members of the service

community led the team onto the field and were present at mid-field for the coin toss.  “Football games are a community event and we felt it was appropriate to honor those who serve us everyday”, state Gridiron Club vice president, Chris Stacey.

After jumping to a 13 point lead in the first quarter, Castle View lost momentum at the end of the 1st half, allowing Fossil Ridge to score just before the end of 2nd quarter.  Fossil Ridge continued to put tremendous pressure on CV in what proved to be a disastrous 3rdquarter for the Sabercats of Castle View.

“We had talked about a victory all week, even if it meant only winning by one point”, stated Head Coach Todd Casebier of Castle View after the game.  The statements served literal, as the victory margin for CV was indeed a single point. 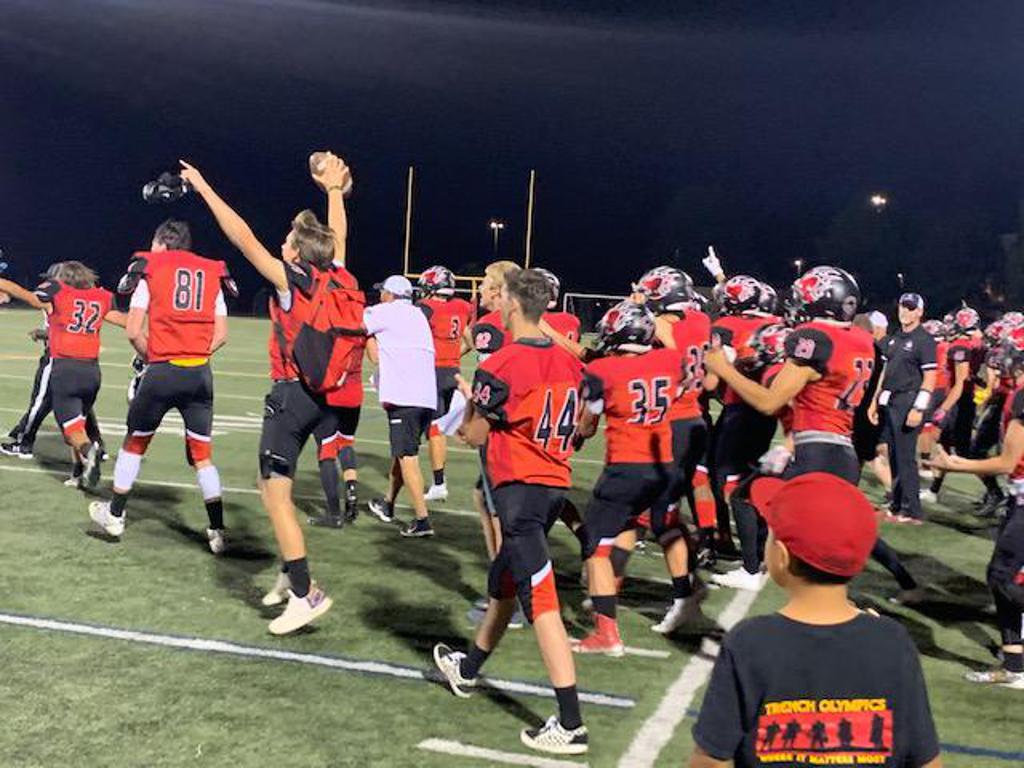 With under 9 minutes in the game, things looked bleak for CV.  Taking possession after a punt, the CV Sabercats drove down the field efficiently and scored on a 25 yd explosion by Senior RB, Jordan Jackson.  After the extra point, the margin was cut to 7.  The Defense then awoke, and stopped Fossil Ridge, forcing a punt.  The Sabercats of CV then took advantage and once again scored, narrowing the margin to just a 1 point deficit.  But instead of simply kicking the point after, CV took a timeout.

During the timeout, the 2018 Mile High Sports Magazine, South Metro League and Colorado Prep Sports Coach of the year walked onto the field to address the team. With 3:44 left in the game, trailing by 1, Coach Casebier decided to capitalize on the momentum and go for a 2 point conversion.

The try featured Junior Quarterback, Johnny Colombi faking a handoff and rolling out in a hard bootleg, throwing a beautiful pass to Antonio Ursetta, converting  to take the go ahead and definitive lead for the game.

“You practice the play a thousand times in practice over the course of the pre-season”, stated Casebier.  “It wasn’t a matter of taking a huge chance at the end.  It was a matter of how well we believed we could execute the play.  The kid’s believed they could convert, which gave me the confidence to go for it when we did”.

The crowd was impressive and electric which served CV well.  CV will return to Sabercat Field at DCS Stadium next week to host Arapahoe in a

rematch of last year’s game in which the Sabercats fell to the Warriors.  The game will take place next Friday night in Castle Rock.