CV Impressive in Rematch vs Arapahoe 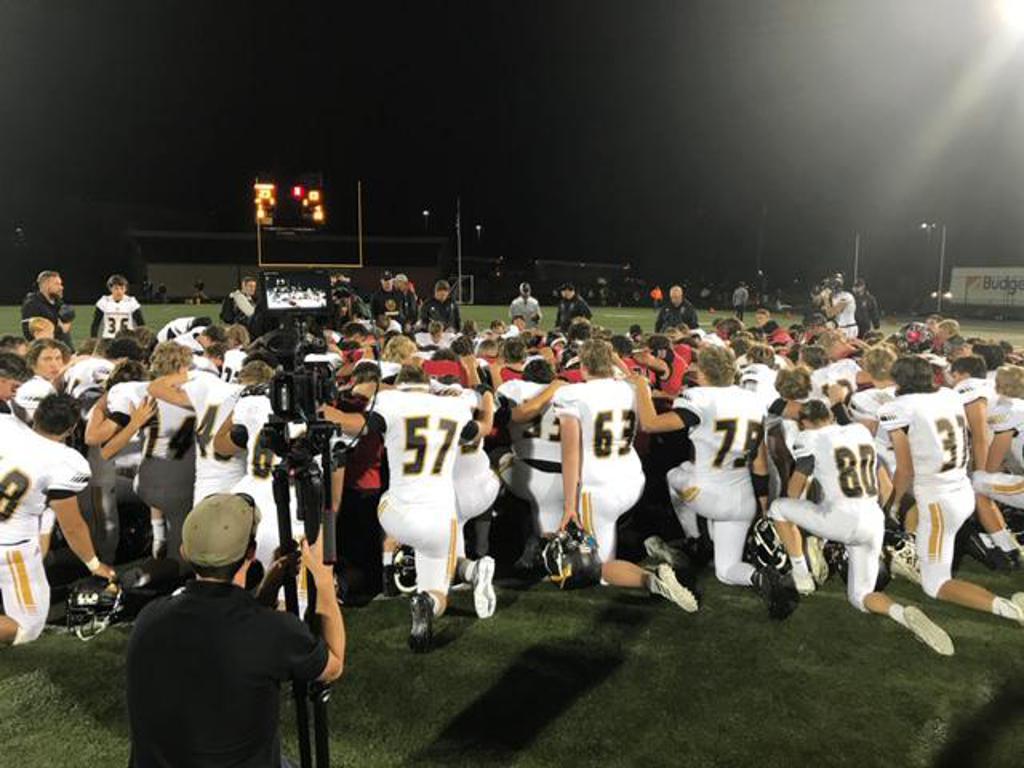 It is now hard to deny that there is something special happening in Castle Rock and High School Football.  The Castle View Football Program has won 10 of their last 14 games and are showing signs of improvement every single week.  On Friday night at DCS stadium in Castle Rock, the Sabercats controlled the game from the opening kick.

The game matched two of Colorado’s best High School Football coaches in Todd Casebier from Castle View and Rod Sherman from Arapahoe, both having state championships on their resume, both in their second year of their respective programs.  One of the game's narratives was the opportunity for Casebier and the Castle View Sabercats to redeem themselves after a week 2 setback in 2018.  After winning its first road game in two years on August 18th, 2018 in Fort Collins against Fossil Ridge, the Sabercats jumped to a 7-0 lead,  before stumbling mightily in the 2nd Quarter that was filled with penalties, mistakes and injuries during last years matchup.  CV never recovered in that game.  While the 2018 team would go on and and have a great season, the loss left a sour taste with the team and it was evident that CV wanted redemption on Friday night.

Jordan Jackson started the scoring with a 5 yd TD plunge at the end of the first quarter.  Antonio Ursetta added to the lead part way through the 2nd with a 25 yd TD run and Junior Ian Pierce helped the Sabercats build a 20 point advantage with a 70 yd scamper in the 3rd quarter.  Arapahoe began to show life shortly after pierce's score with a TD of their own, but CV answered with a 30 yd Field Goal at the foot of Toby McTamney in the 4th.

The Defense showed up strong as well, led by seniors Josiah Nanninga and Cameron O'Conner.  Nanninga made a key interception in the 3rd, while O'Conner broke up a crucial 2 point try when Arapahoe was attempting a comeback.

In an ultimate display of class and sportsmanship, both teams gathered at mid-fiield post game for a player-led prayer.  Another sign of incredible leadership by coaches and players for both teams.

Casebier logs his 185th win as a Head Coach in Colorado and continues to engineer a build of a program that just 2 years ago was desperate for  any type of life after losing 9 in a row in 2017.  Since Casebier’s arrival however, the Sabercat’s of Castle View have steadily improved and have risen expectations.  Casebier is quick to point out that this is not about him, but rather about a “hungry group of players, coaches and community.“  This said, it is hard to deny the impact he is having on the program.

The reason people should be excited about this team is the youth it possess.  The varsity squad is starting 15 underclassmen and shows a great deal of upside.  The team is fast, electric and most importantly, they have an expectation of winning.

“We will enjoy this one, but we know we need to improve week over week. We can continue to improve if we eliminate mistakes. Next week we hit the road and expect a hostile environment”.

Indeed, the coach may be right as the Sabercats will travel to Echo Park Stadium to face Chaparral, where the coaching staff is largely comprised of former Castle View and Douglas County coaches.  While this may be unspoken, there is little doubt that week 3 will have significant meaning for both programs.