Road to Playoffs for Sabercats goes through Shea Stadium 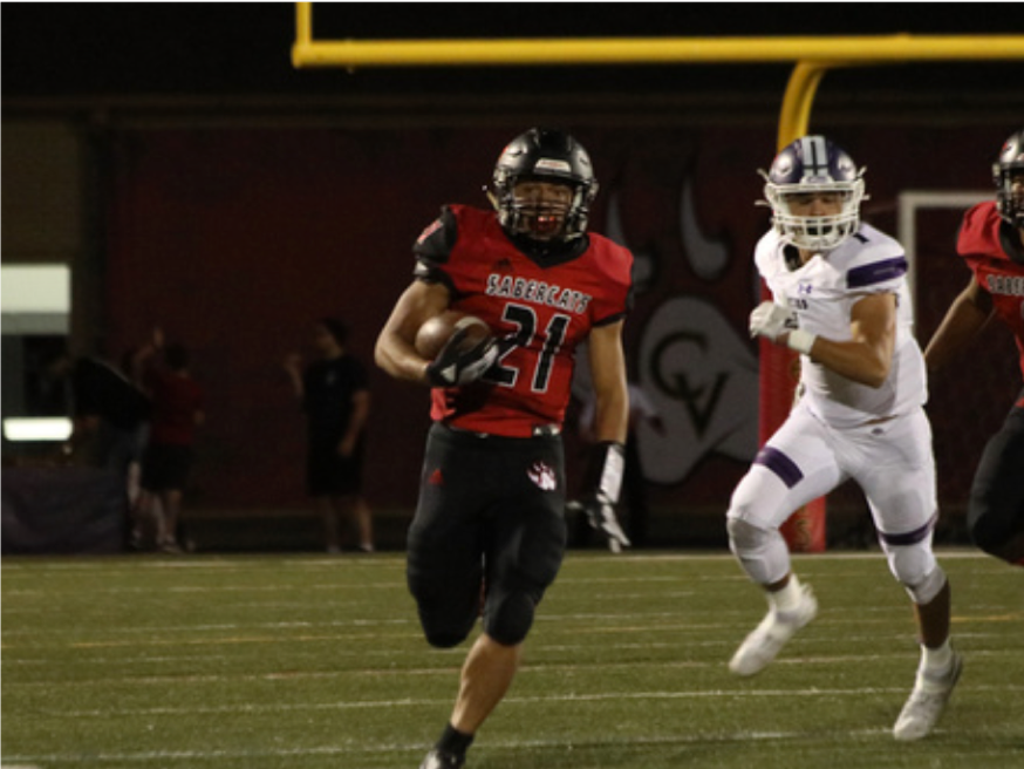 The Sabercats of Castle View were hard at work this afternoon on the practice field, despite classes being dismissed for Fall Break.  The Cats enjoyed their victory last Thursday over South Metro foe, Mountain Vista, but by Friday morning CV had fixated their interest on Shea Stadium, where Highlands Ranch was battling Thunder Ridge in a cross-town rivalry matchup.

The game was a grudge match, eventually seeing the Thunder Ridge Grizzlies succumb to the Falcons of Highlands Ranch.  The Falcons entered league play 0-5, but records can be deceiving.  Highlands Ranch was winless, but against the top teams in 5A.  While the losses had mounted against Regis, Eaglecrest, Columbine, Grandview and Pomona, Highlands Ranch rebounded with a strong performance against Rock Canyon on October 5th and the 21-18 win against a very good Thunder Ridge on Friday night.  The Falcons are playing their best football right now.

It remains to be determined if Castle View is still shrugging off the loses to Valor and Legend, or if the weather played a major role in their performance in a  win over Mountain Vista last Thursday.  While CV clawed their way to what Coach Todd Casebier described as a "character win", the Sabercats did not display their best football.  Castle View will need to play much better in order to beat the Falcons and if the past is a prologue to the future, it would indeed suggest that Casebier's Cats have indeed put their mid-season setback way behind them.

In last years match-up, Castle View played a very physical game against Highlands Ranch at DCS Stadium Castle Rock, scoring 41 points in a game where CV won by 2 touchdowns.  In true Castle View fashion within the Casebier era, the Sabercats pulled away in the 4th quarter, the way the offense and team is built to do.

"We expect this game to come down to the 4th quarter," stated Casebier.  The coach knows if his team wants to play in November, this is an important game.  Two of the next three games will be played at Shea Stadium (Thunder Ridge on 10/31), and it should be assumed that if the Cats look to make the playoffs (and be seeded well), they need to at minimum, one of those games.  But if the Sabercats hope to improve on their 2018 success, success at Shea Stadium is vital.

Standing in their way is a team that has equal and perhaps even more urgency.  It should be noted that HR slipped into the playoffs last year with a 3-7 record.  Their daunting schedule assisted them with their RPI and then became a team who eventually made it to the second round of the 2018 5A Playoffs.  While neither team is in a "must-win" scenario, both teams have a significant amount of seeding implication on the line Friday.  This game is an opportunity for either team to make a statement to the state of Colorado.

Friday's game in Highlands Ranch features two of Colorado's top "neighborhood" teams battling to earn their ticket to the 2019 Playoffs.  It really doesn't get more fun than this!