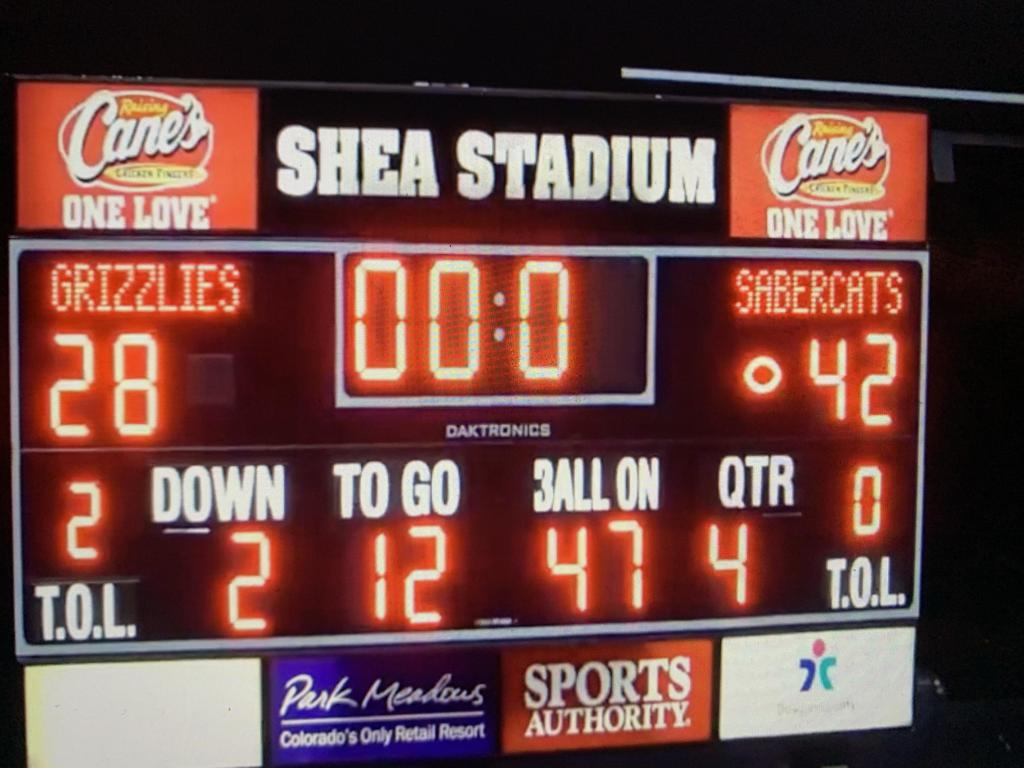 The Castle View football team  (1-0) showed they were hungry to play their first game and that they were well prepared, defeating Thunder Ridge (0-2) 42-28 at Shea Stadium.  After having to sit out of week one, the Sabercats demonstrated they could be a 5A force to be reckoned with in the shortened Colorado Prep season.

The Offense was steamrolling, scoring on every possession through the 3rd quarter, not having to punt until mid-way through 4th quarter when it was obvious they slowing the game down and bleeding the clock, while getting some backups into the game.  The Offensive Line was dominant in both the passing and running game, allowing Castle View to open up the passing game early.  Johnny Columbi looked sharp as he connected with Blake Hagggerty on a 66 yard beauty in the first and again on a TD pass strike later in the quarter. Zane Wodark was impressive, racking up well over 100 yds and multiple TD's.

The Defense was sterling, allowing only one big play at the end of the 1st quarter setting up Thunder Ridge to score on the opening play of the 2nd quarter.  TR also scored on a 96 yd Kickoff return after the Sabercats extended the lead to 42-7 in the 4th quarter before backups were put into the game.  The CV Defense forced 6 turnovers in the impressive Castle View performance.

3rd year Castle View Head Coach Todd Casebier stated on Sunday morning, "We made some first game mistakes but overall I was pleased. I thought we were physical and didn’t have any turnovers.  We’re excited to play at home on Friday".  Casebier enters his 23rd  season as a Head Coach and continues to climb the ladder as one of the winningest head coaches in state history.

The Sabercats will play Rock Canyon at home on Friday in Castle Rock.