Cats Fight Back Falcons to ensure another Winning Season 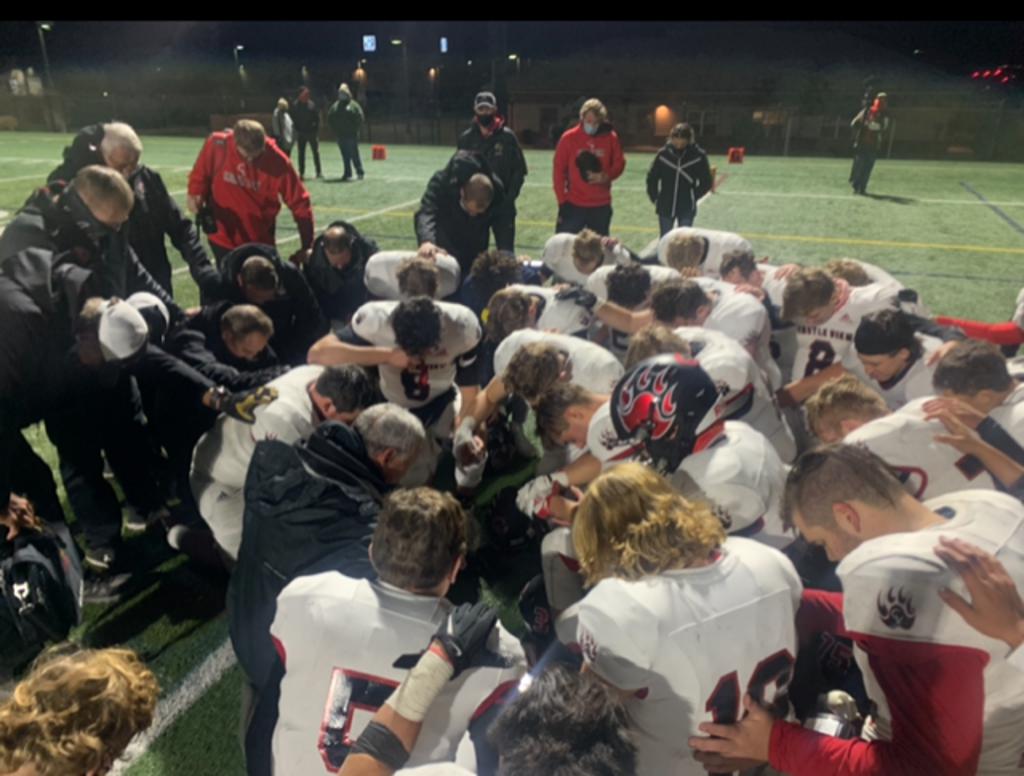 The 10th ranked Castle View football team came into Thursday night's game with the #3 ranked offense in all of 5A.  However it was the Defense that made the difference in the game sealing up the victory, ensuring a 3rd consecutive winning season.

After an explosive first half for both offenses, the Castle View Defense shutout the Highlands Ranch Falcons in the 2nd half.  Trailing 21-17 at halftime, no scores were registered for either team in the 3rd Quarter.

In the 4th quarter however, Casebier often referred to as "The Riverboat Gambler" got aggressive in his play calling.  On a 3rd and 18, in their own territory, the Cats ran a double reverse, putting the ball in standout Blake Haggerty's hands where he then threw a perfect ball to Jens Anderson who made a beautiful catch.  Several plays later the Sabercats took the go ahead score that would win the game.

Haggarty, the Junior (#7) was everywhere on the field on Thursday.  The stat sheet will show him having a rush, pass, multiple receptions, several big tackles, multiple blocks, a punt, a punt return and kickoff return.

"I think we executed pretty well, but we have a lot of things to work on for next week's big game against DC, but I feel like we are in the right direction right now", stated Haggerty. Coming into the game, Haggerty led the DougCo league in receptions and was #6 in the state.

Coach Todd Casebier nabbed his 193rd career win on Thursday.  Coming into the game, Castle View had the 3rd ranked offense in the state, but Coach mainly talked about his Defense.  "I'm so proud of our Defensive coaches.  Our offense didn't play as well as we could have because I didn't coach as well as I could have.  I didn't call the best game, but our Defense saved us and that's minus 3 starters. Coach Handke and his staff have been feeling the heat after playing the top ranked offense in the state last week.  That's a team win.  Our kicking team was good all night and then Jamero and Wessbecker ran big at the end of the game."  Coach continued his praise when asked about ensuring the programs 3rd consecutive winning season.  "First of all, I have a great coaching staff and there are so many cool things in place at Castle View, from the work of our Booster Club to the support from our parents and their willingness to pitch in."

Castle View has one more opportunity to prove that the Denver Post was right when they stated that Castle View should have been a strong consideration to be part of the modified playoff field of 8.  They will need to make a statement as they attempt to defend the "Battle of the Rock" trophy for the 6th straight year when they host cross town rival Douglas County on Sabercat Field at DCS stadium one week from Saturday.