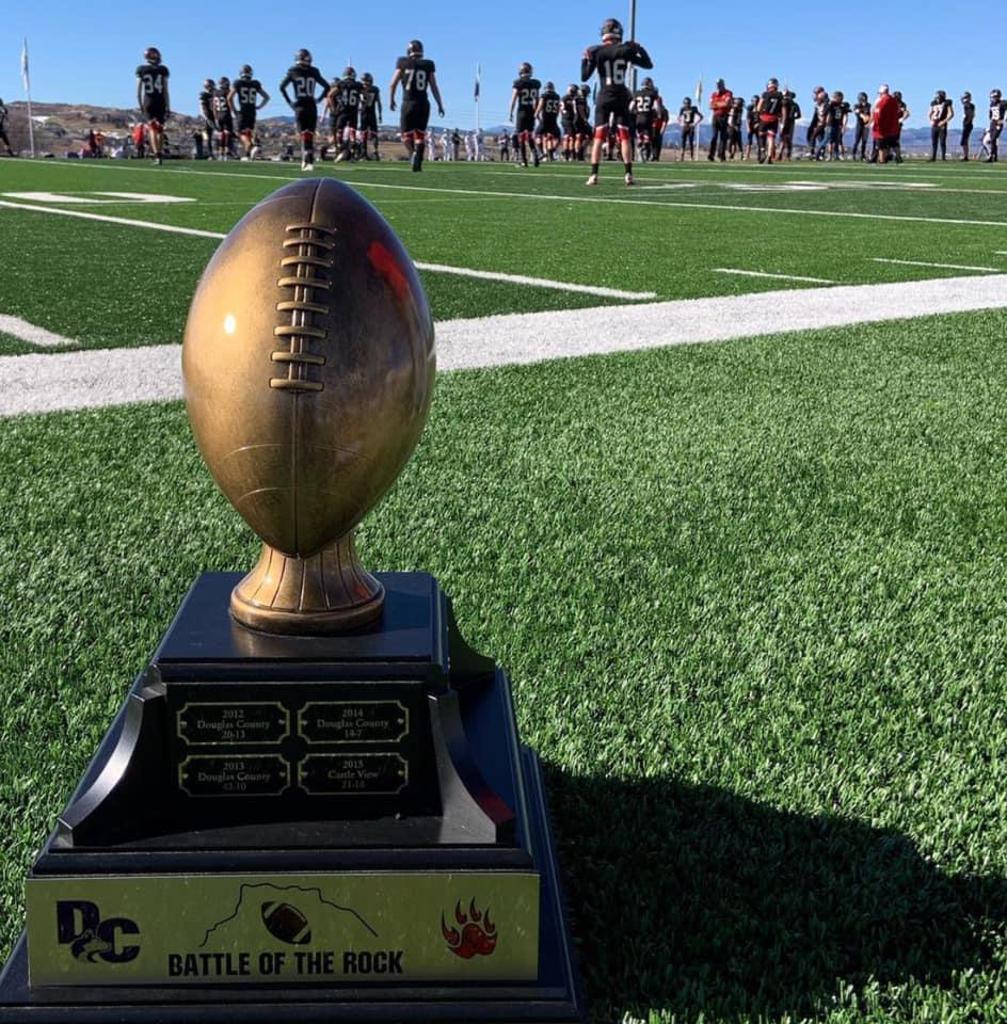 The Castle View Football program wrapped up another impressive season, ending the 2020 campaign with a dominant performance against cross-town rival, Douglas County.  After falling behind 10-0 in the first quarter on Saturday, the Castle View offense absolutely exploded, scoring 52 points, predominantly in the second and third quarters before pulling starters in the fourth quarter.

The victory marked the 6th straight win over Douglas County and landed the Sabercats at 5-2 on the abbreviated season.   2020 was the 3rd straight winning season for the Castle View football program under the direction of 3rd year Head Coach, Todd Casebier.  Prior to Casebier’s arrival, Castle View struggled in the prior 5 years, never having experienced a winning season at the 5A level (after becoming dominant in 4A in 2011/2012).

In three short years, Castle View has become a true contender at the state's highest level of High School football.  In 2020, Castle View was the 5th highest producing offense in all of the state (5A).  Casebier, traditionally known for having teams that run the ball proficiently, proved that his offense was more than capable of moving the ball through the air.

And of course, this offense remained dominant on the ground with a stable of capable and dangerous running backs.  Marc Wessbecker, Zane Wodark and Noah Jamero combined for over 1630 rushing yards and 19 touchdowns in just 7 games.

Both the passing and rushing attack was made possible by a sterling effort up front. “Our Offensive Line continued to put us in great positions,” stated Coach Casebier.  “It was great to see our Seniors up front.  Ren (Miller), Zach (Breed) , Matt (Grout) and Ethan (Plummer) did their thing week after week.  When you are able to control the line of scrimmage, you can do some great things”.

Castle View’s only losses were to Valor and Fairview, the #2 and #3 offenses in the state.  Valor only surrendered 21 points in league play, all of which were to Castle View.  And the loss to Fairview was negatively impacted by a questionable officiating call that dramatically shifted the momentum of the game at a critical juncture.  Moreover, Castle View had less than 24 hours to prepare for Fairview and had to travel with barely any notice.  A win in Boulder on November 13th would have most assuredly guaranteed a top 8 playoff seed.

“I thought our kids and coaches handled the craziness of Covid as well as they possible could have.  I also thought this coaching staff did a very good job as we had our share of adversity,” stated Casebier.

There is little question that in any other season, this Castle View team would have gone deep into the playoffs where 24 teams are normally fielded in the state 5A post-season.  But, as we all know, there has been nothing normal about 2020.   One thing that has become normal however, is that Castle View is producing a great football product at the 5A level and that there is no question that Castle Rock remains Cat Country.