Castle View extends winning streak over DC and on the season 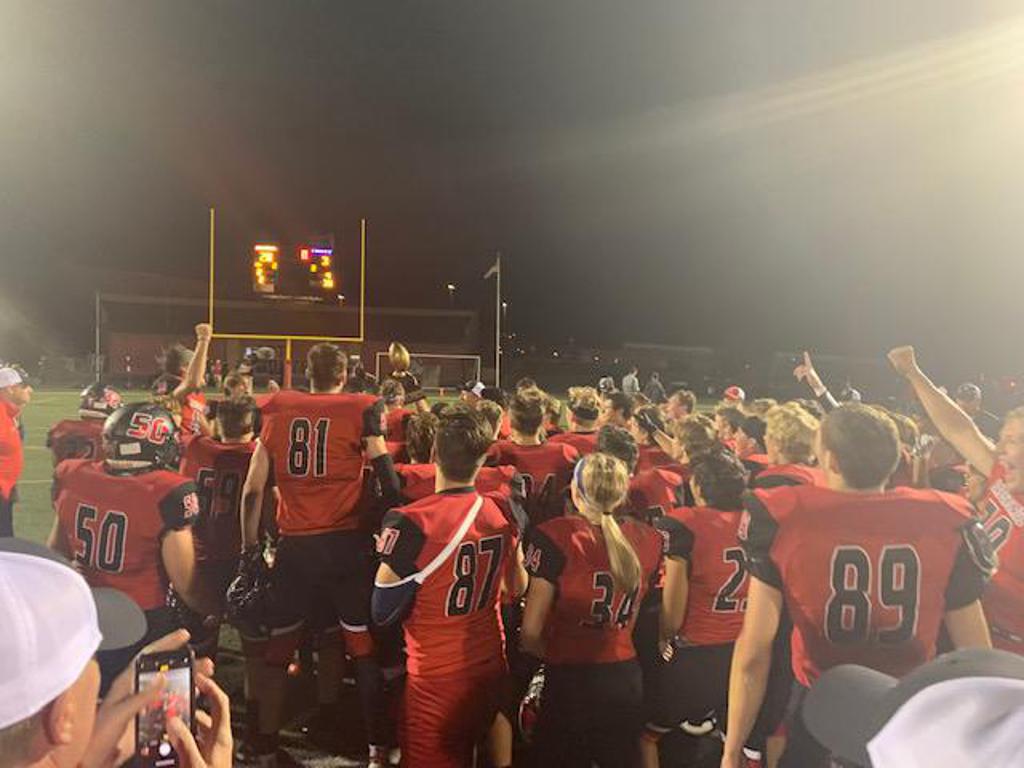 The Castle View Sabercats Football team is definitely on a roll.  On Friday, in front of a great crowd at DCS Stadium, CV (4-0) continued to exert their dominance over its cross-town rival, Douglas County.  The victory marks the 5th straight win over DC (2-2) and widens the series advantage for CV to 5-3.  More importantly, CV has won 4 straight on the season, and remains undefeated for the year.

The pageantry of the game did not disappoint.  In the 8th “Battle of the Rock” meeting, the crowd for both teams showed up in mass.  Preliminary attendance for the game was over 4000 according to CV’s Athletic Director, Derek Cordes.

The game itself was close through the first quarter as a much improved Douglas County, under the direction of new Head Coach, Eric Rice came out with passion and intensity.  At the end of the first quarter, the game was 7-0 CV, after a big defensive effort, in particular by Mark Wessbecker who blocked a Field Goal and recovered a fumble.  Zane Woodark drew first blood with a 7 yd TD run.

In the second quarter however, DC played spirited defense shutting out the Sabercats.  Douglas County strung together a nice drive at the end of the half, capping the drive with an impressive 50 yd Field Goal. This however would be the final time DC would score as the Sabercat Defense would smother the Douglas County offense for the rest of the game. 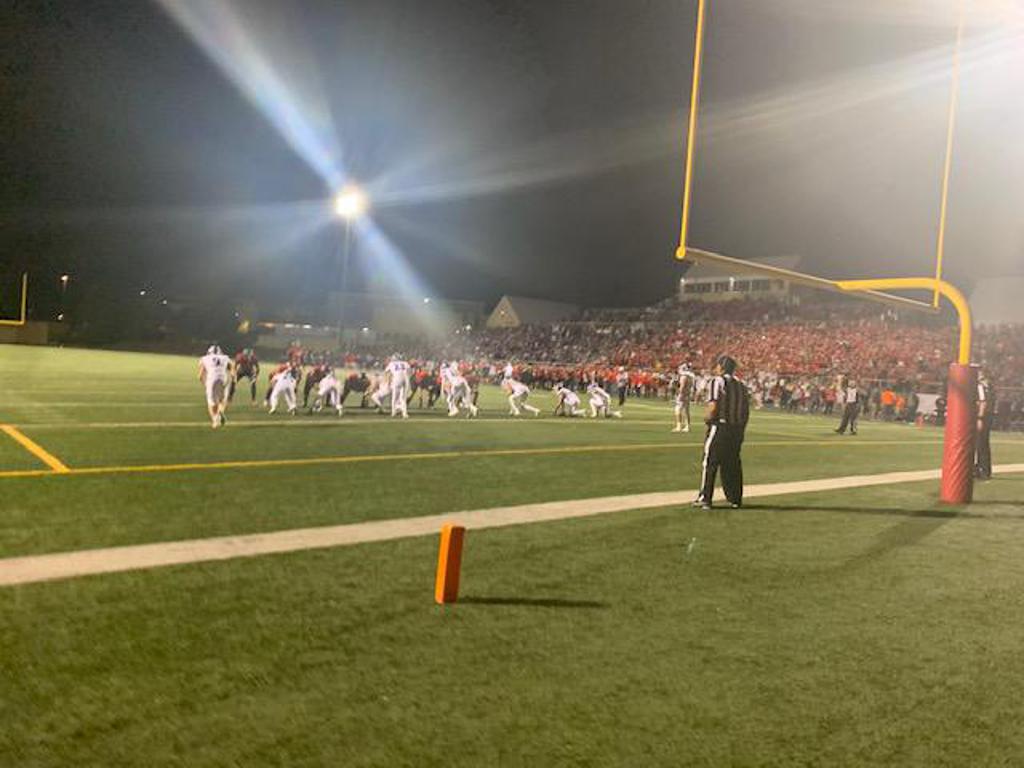 The Sabercats built on their lead in the 3rd with Zane Wodark’s 2nd TD making the score 14-3 late in the 3rd.  The Defense continued to pound the Huskies, forcing another 3 & out before Johnny Columbi would strike paydirt with a beautiful 35 yd touchdown strike to Antonio Ursetta.

The Defense continued its dominance in the 4th Quarter and positioned CV to score again by Ian Pierce, who had a huge night.

“Outstanding Defense, talk to Coach Handke because our defense was the story of the night ”, stated Head Coach, Todd Casebier.

Defensive Coordinator Eric Handke was pleased with his team’s effort, who for the second straight week held the opponent out of the end zone.  “That team [DC] is much improved and they gave us everything we could handle.  We just need to keep improving each week”.

Questions whether undefeated Castle View,, winners of 12 of the last 16 games, will begin to emerge as a legitimate top 8 team will begin to be answered next Saturday, as they face an undefeated Legend (4-0) team who find themselves in a similar situation.  Entering week 4, both Legend and Castle View occupied subsequent ranks in both RPI (CV#2, Legend #3) and Polls (Legend #11, CV #12).  The game is scheduled for a 1:00PM Kick-off at Echo Park Stadium in Parker on Saturday.