The Castle View Sabercats will need another week to continue to 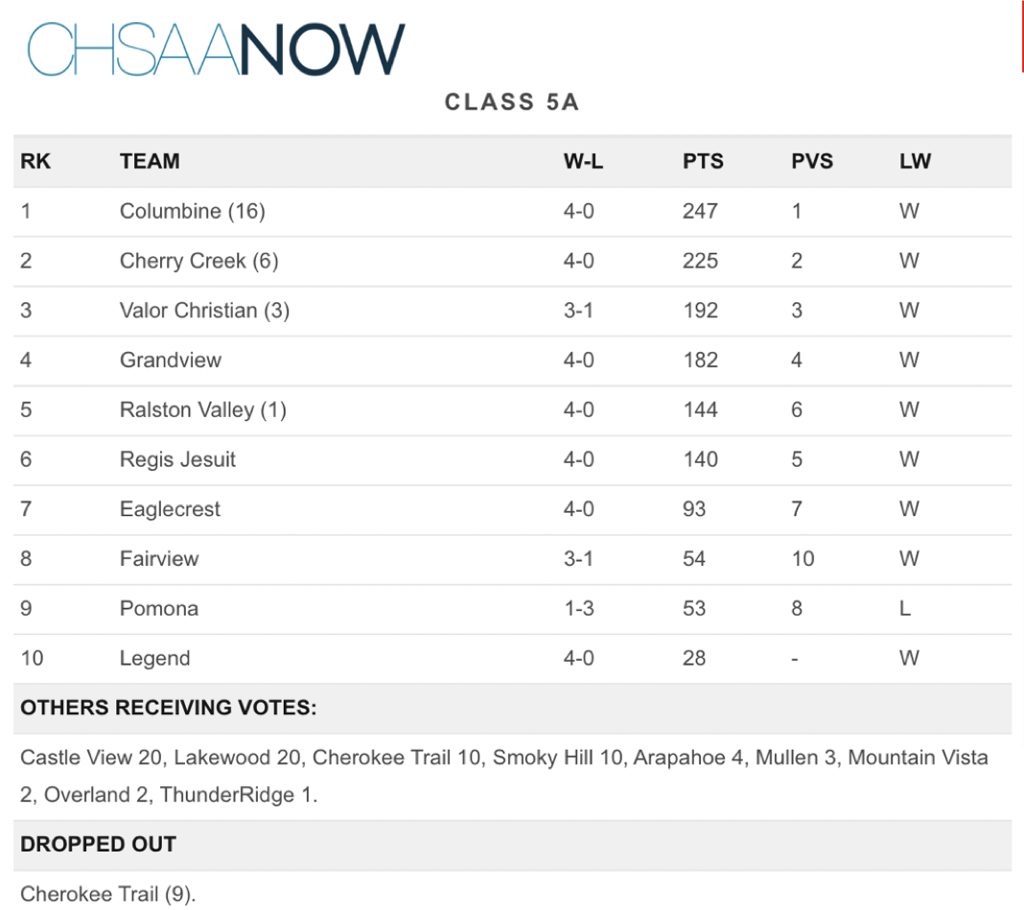 prove they belong in the Top 10 of 5A Football programs in Colorado this week as they square off against undefeated Legend.  The game is set to take place art Echo Park Stadium at 1:00 PM on Saturday.  Castle View has found 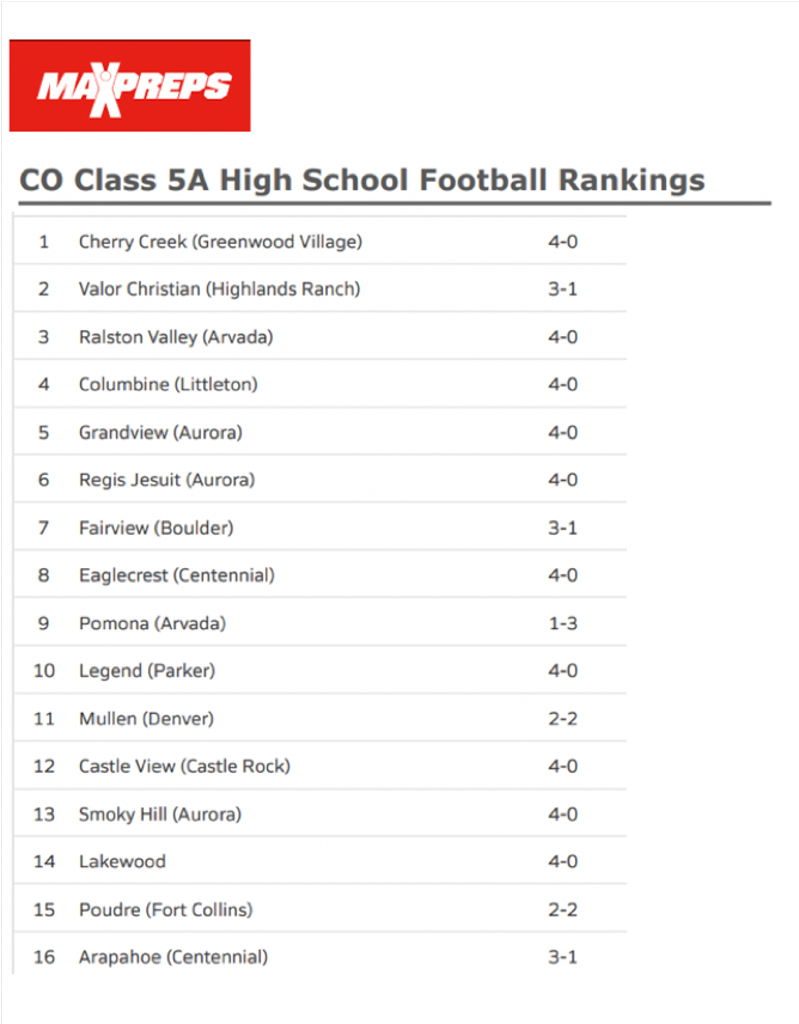 themselves on the outside looking into the Top 10 these past couple weeks, while Legend moved in the 10 spot with their win over Emporia (Kansas) last Friday night.  Castle View is ranked 12th by Max Preps and received 20 votes in the Coaches/Media Poll this past week.  A win this weekend would almost assuredly break the Sabercats into the Top 10. 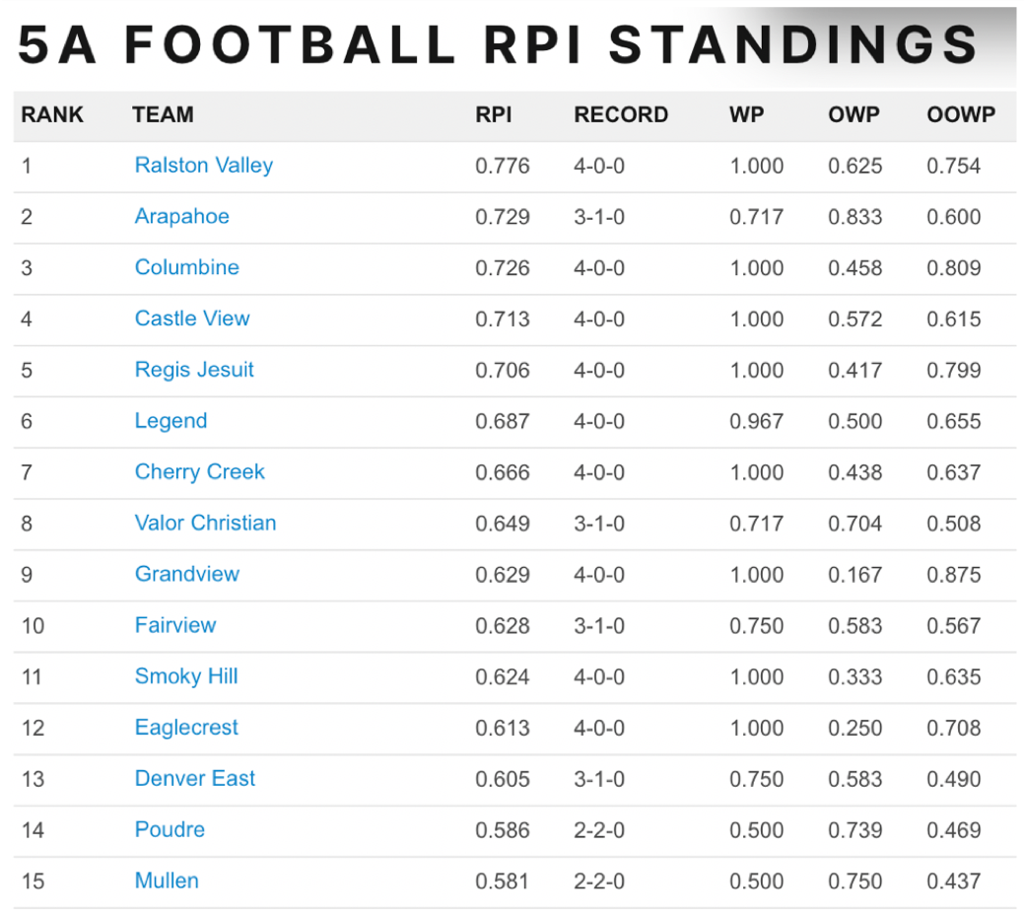 over Douglas County last Friday.  For more information about RPI, you can visit the RPI FAQ page. The polls and rankings are used by CHSAA (Colorado High School Athletics Association) to determine post season brackets and seeding.

Coach Todd Casebier of Castle View stated, "If  we can beat Legend, then we deserve to be ranked. You have to earn it on the field and we’re ok with that. This game is no different than last week's or next week's game. It’s huge because it’s 'this week'.  Our guys are looking forward to playing a 4-0 Legend team. Both teams run the ball well. It will come down to who can make a key stop and who doesn’t turn the ball over. We expect it to come down to the 4th quarter."

Legend is much like Castle View, who likes to run the ball.  CV is averaging 299 yds per game on the ground, while Legend is averaging 283.  Legend owns a slight edge in passing with 119 yds in the air vs. Castle View's 103, making the total yards per game an identical 402  for the two undefeated teams

While rankings might not matter much at this middle stage of the season, it does act as an indicator of how each team has performed. These two teams have performed strongly so far this year.

This will be the 10th meeting of the two schools dating back to 2010. In the first 5 games between the schools, Castle View controlled the series, winning all five until 2015.  During that year, Legend dropped 45 points on the Sabercats and began a 3 year consecutive run between 2015-2017 where Legend would dominate.  In 2018, the Sabercats roared back with a huge night on the ground, led by an incredible effort by the offensive line, allowing the Sabercats to have over 330 yds rushing.  Running Backs Cole Oster and Jordan Jackson combined for 280 yds and 6 rushing Touchdowns, 5 of which came from Jackson.  The night marked the 2nd time in a single season where CV would have a Running Back score 5 or more times in a single game . 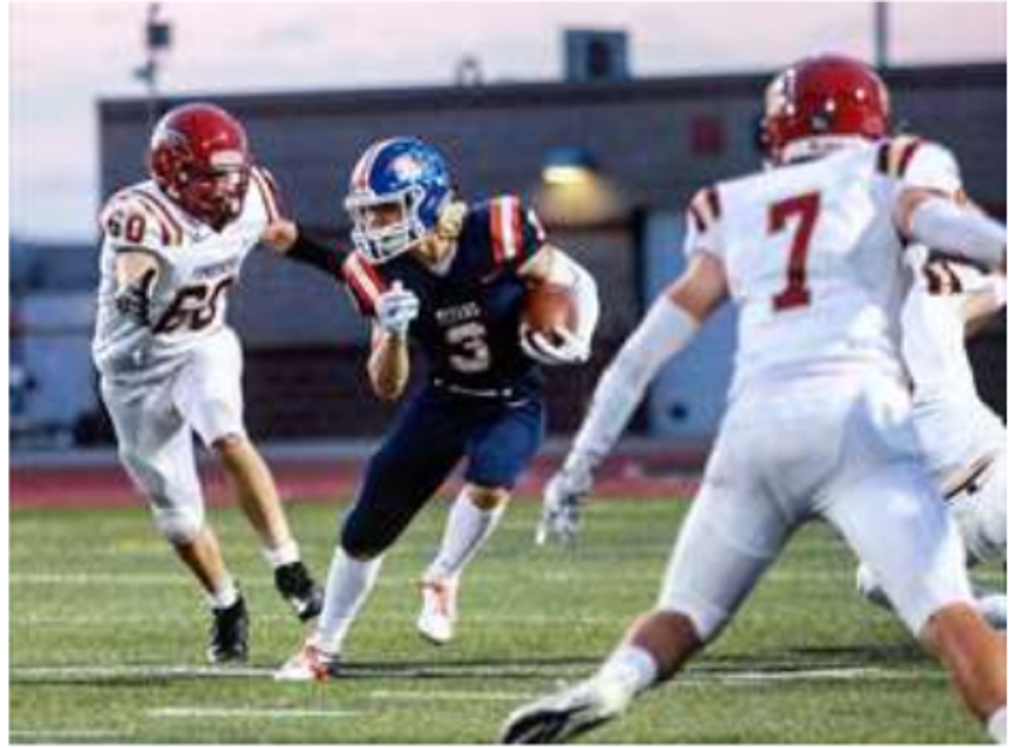 The Sabercat Defense  has been outstanding this season, not allowing an offense to score a TD the past two weeks.  The CV Defense will have their hands full this Saturday with Legend Senior Blake Rarog (#24) who has already racked up 625 yards and 11 TD's along with Junior Connor Eise (#3), who has over 400 yds and 3 TDs.

The game has the makings of an amazing mid-year battle of two excellent football teams.  Should be a lot of fun seeing these two