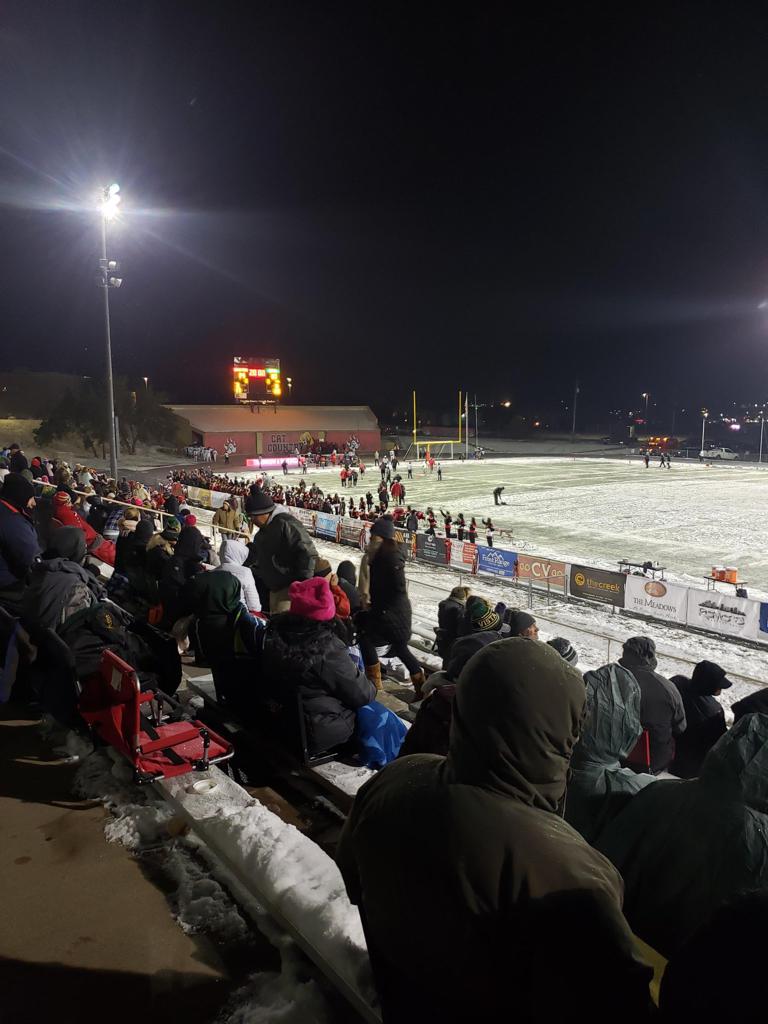 The Sabercats needed a win on Thursday and that’s what they got in front of an impressive Homecoming crowd that braved temperatures in which plunged as low as 16 degrees.

While several schools around the south metro area and Front Range rescheduled their Thursday games until Saturday, the game between Mountain Vista and Castle View commenced on a field that was covered with snow and ice from the opening kick-off. Homecoming spectators that were estimated near 1500 managed to move snow from their seats and would not be dissuaded from supporting and cheering on the Sabercats.

Castle View has been impressive at home in the Coach Todd Casebier era. In the 6 years prior to his arrival, Douglas County Schools Stadium served only as a place to play and offered no advantage for the Sabercats.  The record for Castle View at DCS Stadium from 2012-2017 was a dismal 9-27, which likely had an negative impact on attendance.

The last two seasons however, CV has turned things around and have definitely established a Home Field Advantage, winning 9 of the last 11 games in Castle Rock. And the community is beginning notice as attendance continues to grow. While Thursday’s game might not have been a record crowd, it was still impressive considering the bitter conditions. 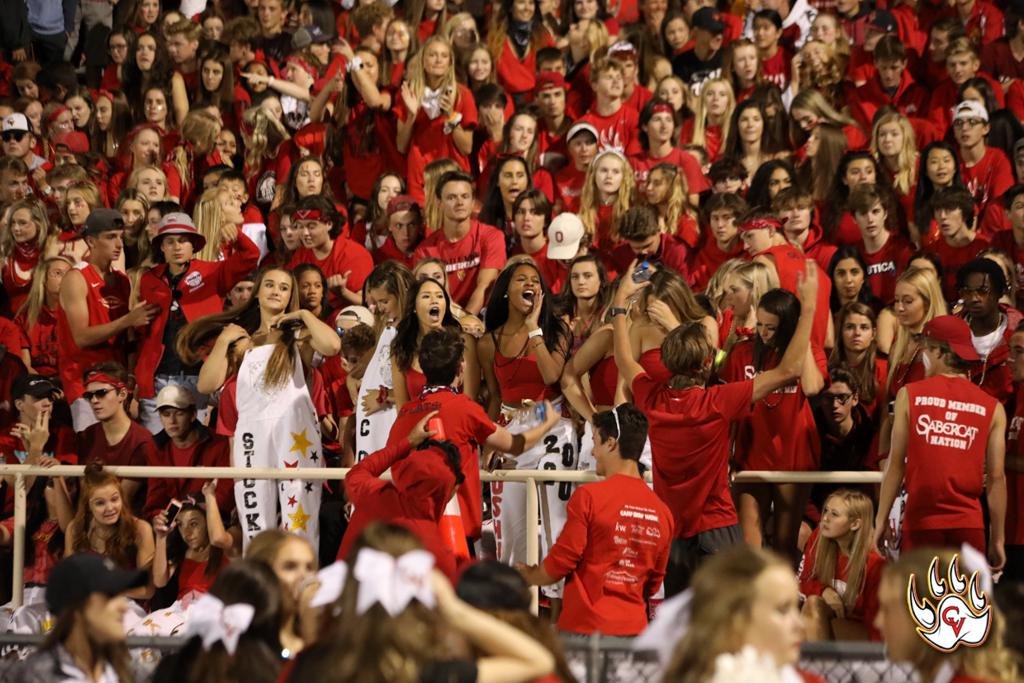 On the field, both teams managed at times to handle the conditions, while other times the conditions seemed to manage the players. In particular, Mountain Vista coughed up the ball on the one yard line as they were about to expand their 3rd Quarter lead. Presumably, the cold and icy conditions, coupled with some nice tackling helped cause the fumble. The MV fumble proved to be disastrous for the Golden Eagles in the end.

Castle View on the other hand was notably striving to take care of the ball. In CV’s previous two games, Turnovers were critical and most assuredly played a central role in the loss to 9th ranked Legend, a game that was costly for the Sabercats, from ranking and post-season perspective. On Thursday however, the Sabercats controlled the ball and and the clock, especially in the 4th quarter against an explosive Mountain Vista offense and a vastly improved program compared to last season.

At times during the game, Castle View’s Defense was torn apart, presumably due to the remarkable amount of young players on the field. Mistakes were evident and to be expected by inexperienced players. At times, it was perhaps even frustrating, but in the end, and on Mountain Vista’s last two possessions, Castle View’s Defense was sterling in their efforts, absolutely shutting down the Golden Eagles Offense, thus allowing the CV Offense to come back onto the field in order to smother out the clock.

Todd Casebier had the following to say, “our younger guys have performed well. We haven’t used youth as an excuse and we never will for making mistakes. Our young guys are playing because they are good players and we believe they give us the best chance to win”.

He went on to say, “Last night was a character win for our team. Very difficult conditions, playing from behind most of the night against a determined team. In addition to that, we had to deal with all the distractions of homecoming week. Our Seniors and Captains simply refused to lose”.

The Sabercats are now 5-2 on the year and 1-1 in league play. They are once again at the doorstep of the state 5A playoffs, but the path will not be easy. The Cats will go on the road next week to play a team that does not have a good record, but is indeed a good team. Highlands Ranch is 1-5 (as of Friday morning), but has played some of the absolute best teams in the state including Pomona, Grandview, Columbine, Eaglecrest and Regis. The team is either beaten down or battle-tested. Their convincing win over Rock Canyon last week might suggest they are “battle-tested” and are hungry for a playoff run as well as CV.

Casebier acknowledged, “we know that Highlands Ranch has the #1 Recruit in Colorado in 2021 at QB. They have great size and we know that our game will come down to the 4th quarter. We have been in tough games and expect this one to be another one. We got to play better on the road.”

Castle View will need to play their best football next Friday night at Shea Stadium to keep their playoff stature in good health and prove that they are dangerous at both home and away.